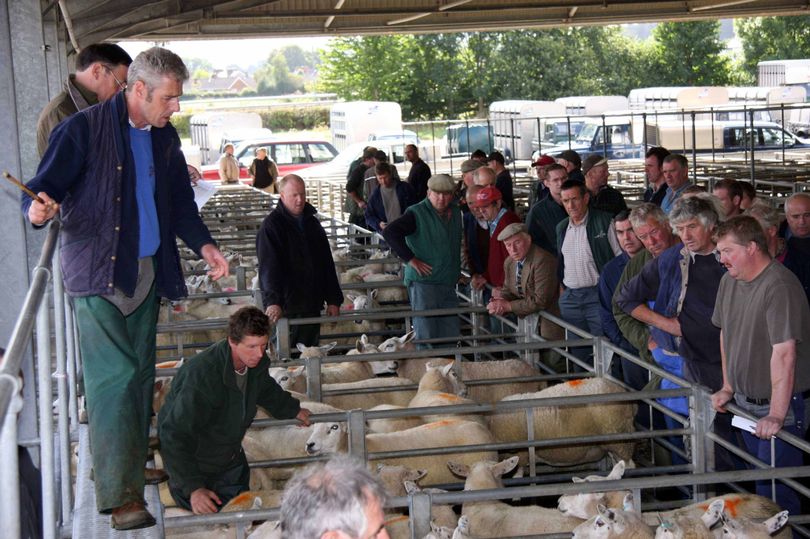 Last night the HSBC arranged a meeting with the agricultural community at Ruthin Auction to discuss issues ranging from the economic outlook, Brexit, farm financing, and a bolted on brief cyber-crime presentation.

I attended because my ward has a high number for farms – our local economy is dependent to a large degree on agriculture. We also have several large industrial employers who export to the Eurozone. And I also attended because, believe it or not, these things interest me.

Before going into the specifics, it was interesting to hear that Ruthin Auction have changed their bank from Barclays to HSBC. This won’t mean anything to most of you, but to give you the context. Rural Wales has seen the large banks abandon our communities in their droves. Corwen, the town closest to where I live, has lost both NatWest and HSBC. Last year NatWest closed their branch in Ruthin, and Barclays closed their branch in the town over the Easter period.

These closures have been a source of real concern to the people in these communities, especially the elderly and the most vulnerable. However what we’ve been told by these banks is that, regardless of the strength of public opposition, their customers tend to be ultra-loyal, and stay with them.

In that respect therefore it’s interesting that a large business (large for rural Wales), has decided to change banks and support the only bank remaining in Ruthin. If others did the same then maybe these banks would get the message.

Anyway, back to the meeting. 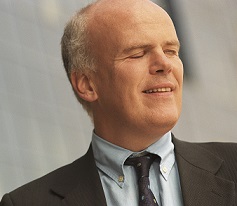 Now I’m not one to court money nor power. I try to give equal balance to everybody’s views regardless of where they’re from, background etc. However sometimes it’s worth taking heed of what some people say, and consider their words carefully. Mark Beresford-Smith is an influential man. He’s not the type of guy who’ll spout baseless or ill-considered views about issues which he specialises in.

His comments gave warnings about the direction of both the UK and global economy, but also struck an optimistic note.

He started by saying that the global economy had been in good health in recent years. However the purple patch, as he called it, was about to fade.

Trade diplomacy and US policy were two examples he gave of what was making people nervous.

Still, the Eurozone was in great condition. Greece, he said, was nearly out of the rescue zone. The Eurozone grew by a healthy 2.5% last year. Indeed, every country in the Eurozone had a growing economy, including Greece.

Everybody else’s economy speeded up in the global economy, but the UK slowed down.

This was due to a number of reasons:

These last two points are important because of their relative importance to the economy.

He referenced the news last week that the UKs GDP only grew by 0.1% during the first quarter of this year. Growth, he said, was not expected to be more than 1.3% this year – the worst year since 2012.

Yet, manufacturers were having a good time. Exports grew faster than imports, but not enough to make up for the consumer slow-down. And it had been a very good year for oil and aero engines in the UK.

It was his view that we were unlikely to see interest rates rise for the next two years. It will remain at 0.5% base rate until 2020. Though this guess was dependent on what the Bank of England’s decision will be at the end of this month. However his hunch was that we won’t see a rise.

It had been a tough start to this year, he said. But the good news was that the gap between inflation and earnings was closing. Earnings were now growing at 2.8% against inflation which was at 2.5%. The gloom that has been hanging over retail in recent years should start to lift.

Then came his most telling contribution – on Brexit.

If we (UK) are not prepared to blur our red lines, he said, and they (EU) don’t climb down, then we should expect a Canada style agreement, with a few bolt-ons.

And that’s where it ended.

You can make of that what you will, and draw your own conclusions.

The fact that manufacturers are having a good time must be good news for Wales, as our economy is so dependent on manufacturing.

We’re also a net exporter, therefore the relatively weak pound is currently working in our favour.

Agriculture has had a good year. The price of milk at the end of 2017 stood at just over 40 pence per litre, against an all-time low of 15.50 pence per litre in April 2016. Clean cattle prices have been running considerably higher per kilogram, and there’s optimism regarding breeding sheep prices. Ewe numbers are consequently on the up as farmers invest more in their stock, while at the same time we have lower numbers of imports from Australia and New Zealand.

So there’s some confidence and optimism in agriculture. But is this all short term?

The big uncertainty clearly is over what deal the UK Government will strike with the EU. This is absolutely crucial. What tariffs will be imposed? What deal will be put in place between the two years grace given to the UK following exiting the EU next year and the final trade agreement which might not be in place for another five years after?

The debate over the last week about whether or not the UK will be part of a Customs Union, or a Single Market, or another model is key. But it seems that unless the UK resolve the Irish Border question we’ll be none the wiser as to what form the agreement will take between the EU and the UK.

In the meantime, of course, the Welsh Government has just handed over chunks of our devolved powers to the Tories in London.

Whatever shape these trade agreements take, Wales will have no say whatsoever. Labour in Cardiff will argue that these devolved powers (currently with the EU) will come back to Wales in 7 years’ time. That’s as may be. In the interim the UK Government will have legislated and decided on Welsh agriculture, environment, fisheries and other devolved fields. England’s farmers are predominantly crop and large poultry farms. In Wales we produce red meat and dairy. Which farming lobby do you think the London Government will listen to?

Our upland hill farms, and the way of life and culture associated with that, could be irredeemably damaged in that intervening five year period before these powers are returned to Wales.

I’ll be honest – I’m really concerned and fearful for the future of Welsh farming. Farming in Wales is enjoying a good time at the moment. I just hope it’s not the last hurrah.