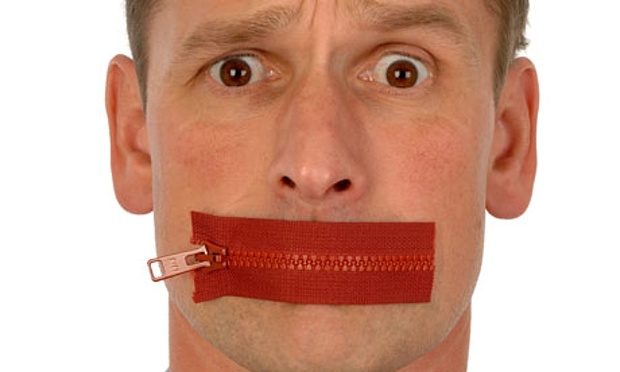 Being on the County Council continues to be a source of frustration and satisfaction in more or less equal measure.

I learn something new every day, especially about people.

Most of the work involves helping residents in my community in some form or another. It’s the County Council that carries out most of the services that affect our daily lives, be it our roads, schools, housing, community care, street lighting, public spaces — and much more besides. People often need help to get things done. More often than not we, as Councillors, are the eyes and ears on the ground and perform as a link between the Council and the residents.

I enjoy that element, because I believe in helping others. That’s the ethos that was instilled in me from childhood by my family.

I like to believe that everyone who holds an elected position has put their names forward because they want to improve society, improve the lives of others, and change things for the better.

Putting aside the fact that much of the community link work can be done by effective technology that allows people to communicate their complaints and concerns to the Council, this element of the work can give a tremendous sense of satisfaction.

But if a complaint or concern is repeated many times, or if something is done against your principles, then, as Councillors, we have a duty to change the system — to improve things; change direction; stop doing certain things; or bring in a new way of doing things. In other words, to Govern effectively.

Now governing is distinctly different from managing. I found this explanation useful,

“The governing body must govern; that is, it must provide leadership and strategy and must focus on the ‘big picture’. Governance is about planning the framework for work and ensuring it is done. As such, it is distinct from management (organising the work) and operations (doing the work).”

Governing is about values. As Councillors our job is to do the Governing bit. Officers are employed to do the management, that is to say work within the framework set by those who Govern. Council staff carry out the work.

But how do we govern?

Last week we had our monthly Full Council meeting, when all of the Councillors meet to discuss various papers and reports, and vote on recommendations.

My group, Plaid Cymru, put forward two motions. The first criticising the Welsh Government for scrapping the School Uniform Grant and demanding an urgent clarification from the Government on the subject; and the second calling on Denbighshire County Council to provide free sanitary products to young women and girls in Denbighshire’s schools in a way which respects their independence and dignity.

As I said earlier Governing is about values, and these two motions reflect our values as a party and as a group on the Council.

The other motion was proposed by Cllr. Paul Penlington, Prestatyn North, calling for the contract between Denbighshire County Council and Kingdom Securities not to be renewed and for Officers to bring forward other plans for dealing with dog fouling and other environmental offences.

We had a robust debate on all three motions. I won’t go into the detail of the debates here — you can watch them all on the recorded webcast.

But during the discussion two senior members complained about the motions protesting that they should not have been brought before the Full Council but, instead should have gone through various Scrutiny committees. In fact, one of them was downright insulting accusing us of not understanding how the Council works and saying that we needed training.

The Council has three Scrutiny Committees, each one looking at Council policies and activities. The Scrutiny committee can then put a recommendation in front of the Cabinet or indeed in front of Full Council.

The power lies solely in the Cabinet — it’s this body of 8 of the elected Councillors that ultimately decides on the Council’s day to day activities, especially the spending side.

For me as an ordinary backbench Councillor to get something discussed at Scrutiny I would need to ask the Chairs and Vice Chairs Committee whether or not a subject can be scrutinised. This committee is made up of, you guessed it, the Chairs and Vice Chairs of each of the Scrutiny Committees. It therefore has eight members (two for each of the Scrutiny Committees and two from the Corporate Governance Committee). These eight Councillors then decide whether or not my request for one of the Committees to discuss a specific subject has any merit behind closed doors. As an ordinary Councillor I don’t have the right to put my case forward. They make their decision based on the 100 or so words I’m required to write to support my request. The decision lies in the hands of these eight Councillors.

I put a request in front of this committee last autumn. It was a request to discuss the safety of pupils travelling to school on public transport — an issue which several parents in my ward has raised with me. This request was denied. So it went no further.

The Chairs and Vice Chairs discuss each topic request, receiving advice from Officers. I, as the proposer, am not allowed to attend or argue for the request. They can also change or amend the request. So my original request could be amended before going in front of the relevant scrutiny committee.

If a request is accepted then the topic is placed on the forward work programme of the relevant Scrutiny Committee, depending on the Committees timetable it could take months before it appears. These committees are made up of eleven Councillors. They then discuss whichever topic has made it through, with any paper work carried out by the relevant officers. As a backbencher I’m allowed to attend these committees and contribute to the discussion, but only Committee members have a vote.

So, the power then lies in the hands of these eleven members.

So, the discussion revolves around whatever briefing notes is provided by the officers, without any input from me, the original Councillor who requested the discussion. We’re fortunate that we’ve got very good officers in DCC. But they’re officers, not politicians, and their papers will inevitably reflect views based on their understanding and surrounding. Therefore if there are cost implications then a paper could easily steer the discussion around negative views without discussing the principles and ethics of a request, which is what Governing should be about.

The Scrutiny Committee could then end up suggesting something to Cabinet which was completely different from the original request.

At each step of the way a small number of Councillors have the ability to scupper any ideas or proposals that a Councillor might have.

By taking a Motion to Council we are demanding that we have a full debate around an issue of importance to our residents and to the County. By trying to force us to take motions to Scrutiny what they are trying to do is dictate the terms of the debate.

I’m afraid that I simply cannot accept that.

I’m told that the constitution only allows 30 minutes to debate Notices of Motion at Full Council. The Constitution can be amended. Also, if there are concerns about the length of time it takes to debate issues, then we should be expected to place a comprehensive notice of motion — with background information and supporting documents to be published as an appendix to the Agenda. Each Councillor should then read the accompanying documents and take time to research the issue in so that they can be as informed as possible going into the debate. This way we could avoid much of the pointless discussions around motions.

But what they cannot and must not do is try to stifle debate.

Having a debate is healthy. Effective government depends on good, healthy debates.

People shouldn’t be afraid of debating an issue. There’s no reason why we can’t have a real ding-dong in the Council Chamber about important issues, and then be friendly and cordial afterwards. We’re all adults.

I don’t know why there seems to be a fear of debates, but it’s a dangerous step to try and stop us from putting motions forward. Down that road lies a lot of trouble.