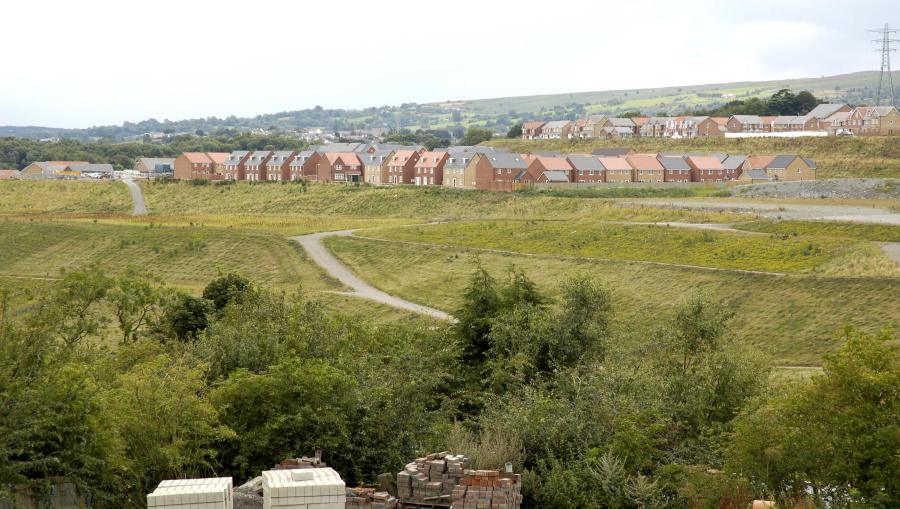 It’s kicked off over at Wrecsam Plaid Blog here and here!

In a posting about Wrexham Council’s decision not to allow the development of a further 150 houses on the new Brymbo development site, people have responded in disgust that Plaid Cymru Councillors (from distant Caia Park!) have denied the residents of the new houses at Brymbo a link road, a new school, and a new shopping complex.

Now if this was true I would be with them. But look a little closer, and read some of the press reports and it becomes obvious that it is Tory Councillor (and Assembly Candidate) Paul Rogers that’s been stoking these fires.

Cllr. Rogers actions in winding up some of the local residents is reprehensible, acting on people’s fears and concerns to gain political support. Because look a little closer still and you will find that Cllr Rogers simplistic accusations that Plaid Cymru have denied some residents in Brymbo a much needed link road and other essential services is at best an ignorant fib aimed simply at discrediting his political opponents (with no real understanding of the factors at play), or at worst a wilful deception aimed at enhancing his own standing. Either way it does a disservice to the local residents who are rightfully angry that four years on they continue to live in an estate with no link road to essential services.

These are the facts as far as I can see:

For a ‘new community’ to be built from scratch there is a simple rule: you need the basic infrastructure in place, otherwise it is not a community but a collection of houses. Why did Wrexham Council not insist on BDL developing this infrastructure as part of the planning agreement is beyond me. Of course BDL have no real interest in developing the infrastructure – it’s an added cost and would take away from their profits (£17m). A link road would have cost somewhere in the region of £2m (cheaper as part of a wider development, dearer as a one off). BDL’s sole interest was to have planning granted and to sell the houses for profit. It is the people who bought those houses (and, incidentally, us the tax payers through various public grants!) that put that £17m in their pockets (all 3 of them).

4 years on, £17m the richer, BDL have the brass neck to come back and say that for the residents of the new developments at Brymbo to get their much needed link road they must be allowed to develop a further 150 houses! The sheer audacity of it amazes me! They couldn’t afford a link road with 500 houses (and £15m profit) but they can afford it with 150 houses! Are these houses Executive homes in order to generate similar profits? If so who can afford them? Are they needed? It is nothing more than blackmail and BDL have already shown that they have no interest in developing basic infrastructure for the residents of Brymbo.

And Cllr. Paul Rogers is their cheerleader claiming that it is Plaid Cymru who have denied the residents their essential link road by opposing the development of a further 150 houses! Fuzzy logic indeed. Black is white, white is black. George Orwell would recognise this attempt at turning the truth upside down.

The residents of the new developments at Brymbo have already paid for the link road! It should be there! It should have been stipulated as part of the planning permission.

Brymbo as a whole needs shops and other services desperately. Therefore if Wrexham Council would have stipulated the development of infrastructure and services as part of the original plan it would surely have benefited the whole of Brymbo. As it is the only people who have benefited (considerably) from BDL’s developments are BDL’s shareholders!

BDL are in the game of developing houses.

They should instead be developing homes.

I’m sure that BDL know the difference but £17m might cushion their conscience.

As a resident of Brymbo I’m amazed that Cllr. Rogers doesn’t seem to understand the difference between a house and a home. Instead of protecting BDL and their profits by attacking his political opponents he should be championing the cause of those people that paid good money for their homes and should have had the link road since 2006. It seems to me that the mantle of local champions, fighting for the rights and the needs of those hard working people has fallen on the shoulders of Plaid Cymru’s Councillors. Good on them. At least they are standing up for Brymbo residents and asking the right questions.