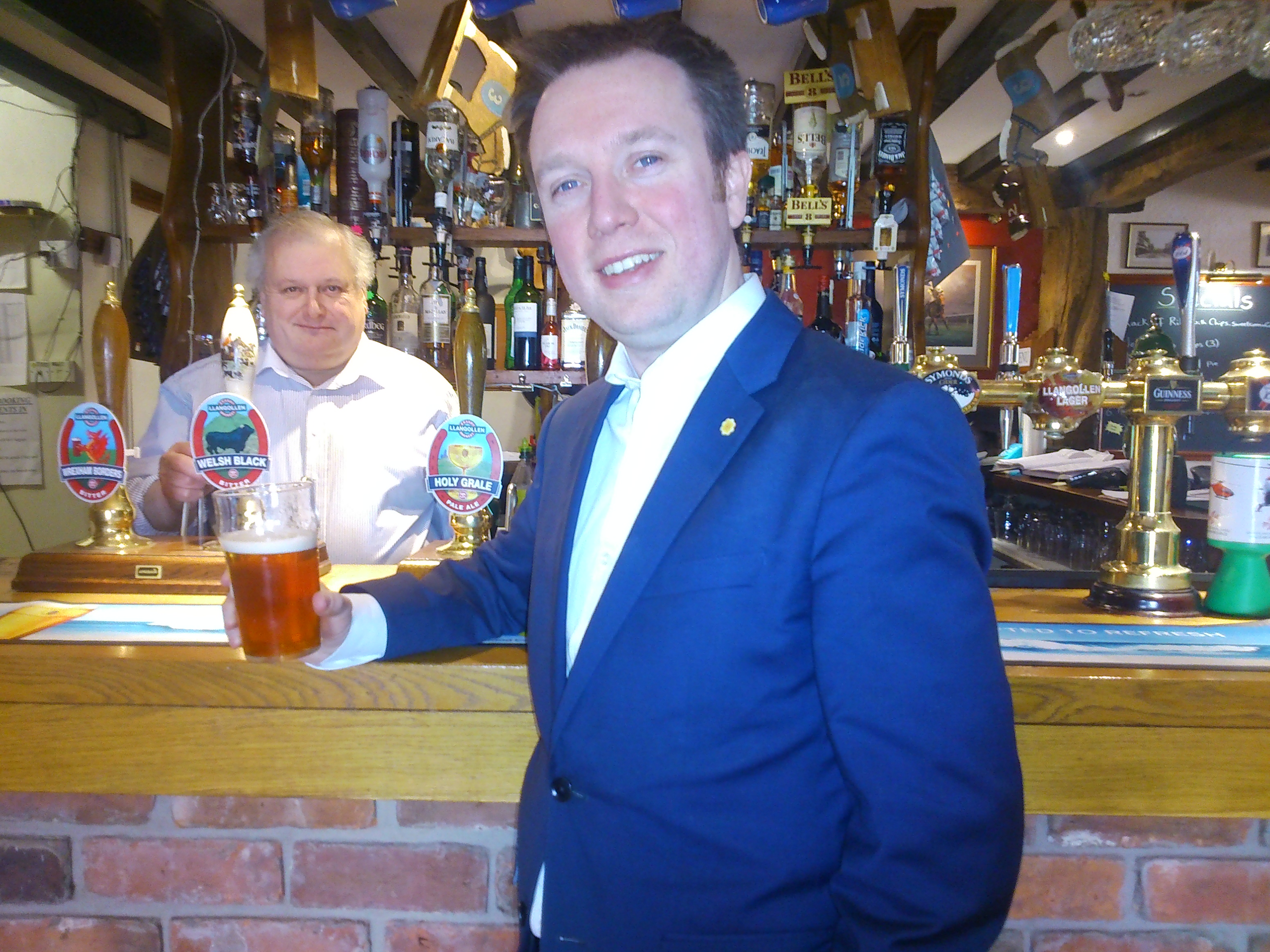 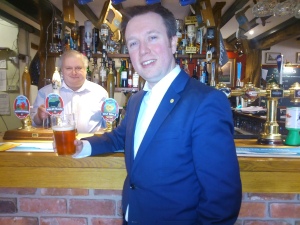 Visit Wales should promote Wales and the Dee Valley and Wrexham area especially as a world-class food destination, according to Plaid Cymru – The Party Of Wales’ candidate in Clwyd South, Mabon ap Gwynfor.

Mabon ap Gwynfor said that more resources should be given to promote the excellent quality of food produced and served in the area following the news that The Hand at Llanarmon Dyffryn Ceiriog was one of only 19 pubs throughout Wales to make it into Michelin’s Eating Out In Pubs Guide 2016.

This follows the success of Abul’s Spice in Corwen winning the best Curry House in Wales award with Maahis, of Ruabon, coming and Tyddyn Llan in Llandrillo winning a Michelin Star. In addition The Berwyn restaurant, also of Llandrillo, was awarded one of the top twenty restaurants in Wales according to Trip Advisor, The Bridgend, Ruabon has regularly been awarded a best pub award, and there are exciting plans for Pale Hall, Llandderfel to link up with Michelin Starred Chef Michael Caines.

Mabon ap Gwynfor also highlighted the quality of food production in the region, citing the Chirk Trout Farm, Craft Ale and Micro Breweries such as Llangollen Brewery, and the world-renowned Welsh lamb and beef reared on local farms.

Mabon ap Gwynfor said: “Our restaurants, pubs and producers are producing and serving food of the highest quality. We are developing a reputation as a go-to destination for quality food and atmosphere in an environment unmatched elsewhere. The Llangollen Food festival, which was held last month, gives an excellent taster of what we have to offer.

“The Hand at Llanarmon is a lovely place and being included in the Michelin Pub Guide is recognition of the hard work that has been put into developing the place as a foodie destination. Pubs, restaurants and food producers in this area have won numerous awards over recent years. Visit Wales should consider using more of their resources to promoting Wales, and this area in particular, as a high-quality food destination.  They bring a lot of money into our local economy and the potential to bring in more is huge. It is also a more sustainable economy as they buy local produce from the farm gate. This, in turn, would help our farmers during what is a difficult period.”