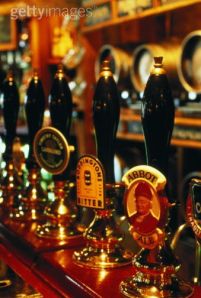 The SNP run Scottish Government recently proposed a minimum price on every unit of Alcohol. This was rejected by the other parties with spurious arguments, even though the policy was supported by health and alcohol related charities and organisations, the Police, and had popular grass roots support.

Plaid Cymru passed a similar motion at Conference some years ago proposing a 50p minimum price on every unit of alcohol. It’s a policy I support in order to tackle Alcohol misuse and it’s effects on society.

But there is also another way.

Some years ago I was granted a Personal License by the Local Authority. In order to receive the license I had to pass an exam proving my suitability to be a licensee. It was while swatting up for this exam I developed another policy which could help tackle alcohol misuse and help save our pubs at the same time.

I was a keen supporter of the previous Government’s flexible licensing hours, believing that the 11pm stop tap encouraged excessive drinking in a very short period of time and contributed to chaos on the streets stretching police resources. I still believe this. But what the Government didn’t reckon with was that Supermarkets would sell Alcoholic drinks as a loss leader, or would prove to have greater purchasing powers from the brewers and could demand a better bulk price than public houses and the hospitality sector, and could therefore sell alcoholic drinks at much cheaper prices than public houses – 50p for a can of Super Strength Lager or £5 for a bottle of Vodka, while pub prices have shot up, mainly due to increased tax. Why spend £10 for 3 pints of Kronenburg in a pub when you can get 15 cans of the same stuff from your off-license for the same price? The result of this is that many drink excessively at home before hitting the town later at night.

But this home drinking boom posses other problems as well. In order for someone to be granted a personal license the licensee must promise not to sell alcohol to someone who is already drunk:

141 Sale of alcohol to a person who is drunk

(1) A person to whom subsection (2) applies commits an offence if, on relevant premises, he knowingly—

(a) sells or attempts to sell alcohol to a person who is drunk, or

(b) allows alcohol to be sold to such a person.

If the alcohol consumption is limited to licensed areas this is much easier to control, not only for the individual licensee but for the network of licensed premises as well, who more often than not work together in a Pub Watch scheme or something similar. But if the majority of the alcohol is consumed off site and in the privacy of somebody’s home then the publican has no idea how much alcohol the individual has consumed.

It is no coincidence that at the same time we are seeing pubs close in the UK at a rate of 39 a week. Pubs are not simply places to get drunk, but play a vital role in the community. According to a 2009 ippr report:

“The report found that pubs inject an average £80,000 into their local economy each year adding more value than beer sold through shops and supermarkets, because of the jobs they generate. They are also proven to provide a controlled environment for socially responsible drinking.

ippr’s report found that pub closures have a serious impact on community life because of the role pubs play in strengthening local social networks, as well as facilitating many local services, events and activities which contribute to local life. These can include: hosting a range of important public services such as running post offices, and general stores; and providing a place for local charities, sports clubs and civic groups to host meetings and activities.”

So what to do? Well it struck me that Government can assist in directing public behaviour through tax. If the Government were to increase tax significantly on off-trade sales, and reduce it on on-trade sales it would encourage people to drink socially in their pubs instead of at home; this would in turn strengthen the hand of the publicans to monitor drinking levels, and would increase trade in pubs meaning that they would face a better future and continue to play their role in the community. But most important of all it would help in the fight against alcohol misuse and the many problems that comes with it for the individual, the family, and the wider community.

This idea has, unsurprisingly, been developed elsewhere, and I was pleasantly surprised to read that Dr Nick Sheron a liver specialist from Southampton University has proposed something similar in an article in the BMA.

If we are serious about tackling alcohol misuse and also want to keep our pubs open then we need to face up to the Supermarkets and force them to contribute more for the damage that is being done.