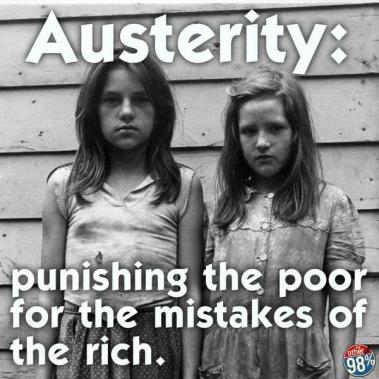 A Save The Children Child poverty report states that “Wales has the highest rate of child poverty of any nation in the UK”. It is estimated that there are 600,000 children living in Wales, with 1 in 3 living in poverty and 90,000, or 14%, in severe poverty. Save the Children estimate that we have 5,265 children and young people living in severe poverty in Wrexham / 4,050 in Denbighshire.

Knowing this, only someone with no empathy or grasp of reality would seek to cut any lifeline that was available for these vulnerable people.

Yet that’s what Labour proposes to do if they were to win the next election, stating that they would cap child benefit at 1%, a real-terms cut taking money out of families’ budget and out of our local economy. They are proposing to punish children for their failure to regulate the banks when in power. This might appeal to better-off voters in Middle England Tory seats that Labour want to win, but it will push more families in Wrexham into the poverty trap.

Child benefit can be a vital help to parents that are already in work and receive less than the living wage or are working part time because of childcare issues. Nursery for my two daughters is out of the question, as it would cost in excess of £10,000 a year, and this means that my wife is having to work part-time, though she would love to go back to working full-time.

Both Labour and Tory believes that these cuts show that they can be tough and trusted with the economy. While they continue to spend £100bn on Nuclear weapons I believe it only goes to show that they are heartless and out of touch.