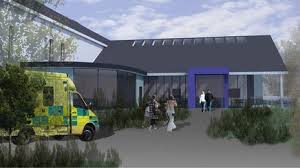 The First Minister Carwyn Jones has been accused of misleading the public.

In a response to a question by Plaid Cymru AM Llyr Gruffydd regarding community hospital closures the First Minister said:

“I understand that people always find it extremely difficult when they see something closing, when they have been used to it over the years. I have seen it in my own constituency. However, what happens, of course, is that, when they see the new resources that are available, nobody wants to go back to the old system. So, what I would tell the people of Flint is that I know that there are plans there to ensure that new resources are available to the people of Flint—resources that will enable people to remain at home and to have care there instead of going into hospital. I would say that you have to consider what else will be available. Experience shows that, when something new becomes available—Builth Wells is an example of this, where there was a very strong campaign against closing the local hospital and now there is a brand-new centre that is very popular in the community—people need to give plans to move things forward in an area a chance.”

Mabon ap Gwynfor, Plaid Cymru spokesperson for Clwyd South, and campaigner for improved health services said: “It was disingenuous and misleading of the First Minister to refer to the new health centre in Builth Wells. The Builth Wells Health Centre is a £5m development, similar in spend to that in Llangollen. The difference however is that the Builth centre has 12 beds. They have taken beds away from Llangollen, Flint, Prestatyn and Ffestiniog with no plans to reintroduce them. That’s a significant loss in our health service provision, which impacts not just the immediate communities, but communities across north Wales.

“When the First Minister says that we have to ‘consider what else is available’ what we see is a reduced service, with ambulances queuing 9 deep at Wrexham Maelor Hospital; people having operations cancelled because of alack of available beds; and patients having to be shipped to hospitals many miles from their homes for recuperation. Llangollen hospital closed two years ago. We’ve given them a chance, and it hasn’t worked out. It’s time they re-introduced hospital beds in our communities to ease the burden on the general hospitals and their staff.”