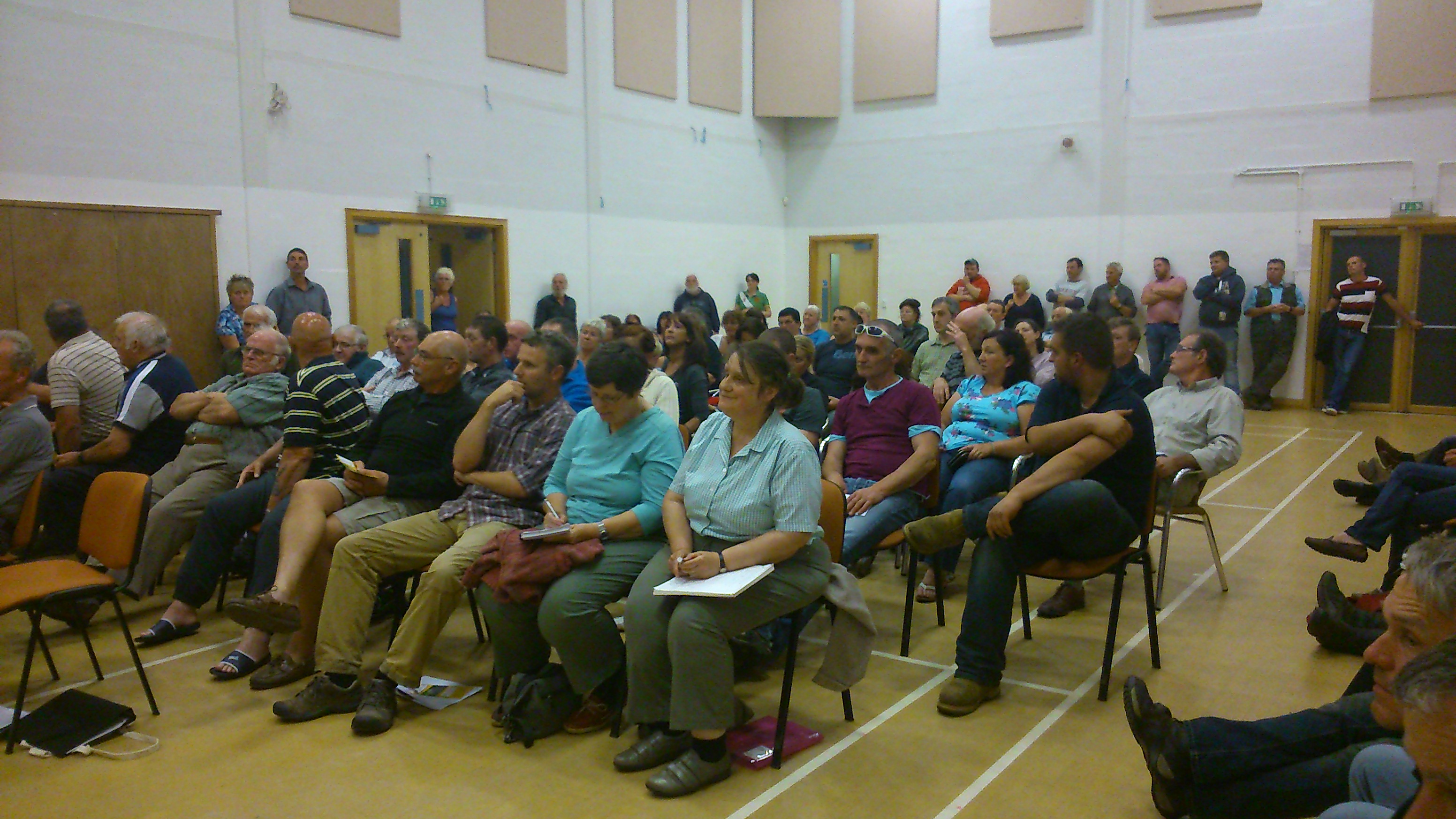 However senior representatives of WCBC refused to attend, claiming that they did not work after working hours.

Plaid Cymru branded the Council as irresponsible for refusing to attend.

Over a hundred people attended the meeting.

“This shows the complete lack of respect that the council has towards the Ceiriog Valley. Over a hundred attended with genuine concerns. They should have been there to listen.

“Irresponsible off-road users damage by-roads, bridleways and footpaths which are used by all of the public.

“Wrexham Council should have attended to hear the experiences of those suffering. They have a responsibility to maintain these by-roads, bridleways and paths. The residents who were present were furious, and it was irresponsible of them not attending.”

The meeting agreed to contact the Chief Executive of the Council asking why they didn’t send a representative along before passing the vote of no confidence.

Mabon ap Gwynfor said: “The police have been cut to the bone, and unfortunately can’t be all places at the same time. In the current climate it’s of vital importance for these public bodies to work with each other to find a resolution. Without the local Authority on board it will be very difficult to sort this problem out.”