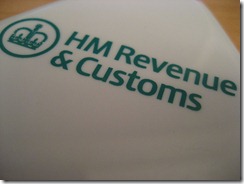 There’s been a lot of talk over the last few days about George Osborne’s plans to cut child benefits for people earning £44k or more. The media are reporting that people are up-in-arms about it, but I’m afraid they’re mistaken. The BBC and Fleet Street might believe that people are revolting, after all they’re camped at the Tory Conference in Birmingham, and it seems that the Tories ARE revolting (in more ways than one!), but this revolt is not seen amongst ordinary people.

As a stand alone policy I can’t say that I’m opposed to it. It is only fair that the most well off in society aren’t allowed to dip into a limited public purse at the expense of others, after all they are more than able to pay. £44k is enough to live on, unless someone has over stretched themselves (ridicilously high mortgage, high payments on car etc).

I accept that there are concerns regarding allowing a couple who jointly earn £87k to collect the allowance while a single parent on £44k won’t be allowed. This is inherently unfair. But we are told that the cost of setting up a fairer means tested system is prohibitive at the moment, and the line must be drawn somewhere. I’ll accept this excuse for the time being.

But my concern is this. We are told that this stunt (and I’m convinced that it is no more than a stunt) will save in the region of £1bn a year. The announcement made yesterday that they are planning tax breaks for married couples will cost in the region of £700m per year. Between the two it will only save £300m.

What this foolish stunt tells us is that while the Conservatives are more than happy to attack the middle classes as a way of showing that they can empathise with the poorest; claiming that they are introducing this policy to ensure that the poorest will not be hardest hit (even though they are raising VAT to 20% – a move that will hurt the least well off more than anyone else) what they have so far stubbornly refused to do, and have shown no interest in doing, is introduce measures which could bring in billions of revenue for the treasury, namely forcing nom-doms and tax-avoiders, the uber-rich, to pay their way.

Two recent news items have shown this, one local and one UK wide. The first is the story about Tetra Pak at Wrexham, and it’s founder Hans Rausing. He has a personal fortune worth over £4bn and is a resident in England, but is refusing to pay tax there; and the second regarding Tesco with the announcement of their £1.6bn 6 month profit, but yet again they manage to avoid paying taxes here, instead having accounts in places like Luxembourg and Switzerland.

Hans Rausing, Tesco executives and their like have made their fortunes out of hard working people paying their hard earned money for their products, yet it is obvious that these people don’t mean anything to Rausing and the Tesco executives who refuse to pay their way in the society that they choose to reside in and benefit from.