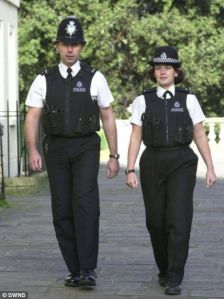 Drastic cuts in frontline policing have been condemned by Plaid Cymru politicians.

They say plans to retire hundreds of experienced police officers will reduce policing in the community and endanger real achievements made in reducing crime and fear of crime.

“Labour’s economic incompetence let the Tories back in and their first act is to put the axe to key front-line services, services that we rely on to keep our communities safe. This is the brutal face of Compassionate Conservatism.

“It is a devastating blow for our communities. North Wales Police have managed to cut crime and have made communities feel safer because of the increased presence of officers on the beat.

“It’s a police force with urban, rural, and coastal requirements. You need manpower and you need equipment to do the job properly. You cannot do such an important task on the cheap. Unfortunately the Conservative-Lib Dem coalition of cuts are making an ideological attack on these key public services. By aiming to slimline the state what they are actually doing is putting people’s lives at risk. They should transfer powers over Policing to the National Assembly and let the people of Wales decide where our priorities lie.

“We all appreciate that the Government needs to make savings, and there are savings to be made not least by scrapping a redundant Cold War-era Trident missile programme, but this ConDem Government have obviously decided that their international image is more important than the safety of our communities.”

His comments were echoed by Plaid’s Assembly candidate for Wrexham Marc Jones:

“We’re reaching a stage in the police service where there are more people measuring than actually doing the work. The monthly information bulletin amounts to 76 pages but what people want to see is that frontline presence.

“As with the health service, which has too many senior managers earning top dollar, the police are making cuts and savings in the wrong areas.”

ALMOST 250 North Wales police officers who are coming up to retirement age will not be allowed to stay on.

They will leave the Force over the next four years as part of a cost-cutting exercise, but as a more immediate step 53 officers will go before the end of March, 2011. And Chief Constable Mark Polin says there will almost certainly be compulsory redundancies.

In addition, 170 members of staff aged 55 – 64 have been asked to consider early retirement, with 25 having expressed an interest in doing so, and all other employees have been asked whether they would be interested in voluntary redundancy over the next four years.

The moves come as North Wales Police seeks to cut its budget by 25% over the next four years, and in anticipation of next month’s Government spending review which is expected to result in reduced funding.

In a report to this week’s meeting ((Thursd, 30th)) of the police authority Mr Polin details the 2011+ project which aims to make massive savings.

“Initial calculations suggest that savings in the region of £9.2m are required to meet the first milestone of 2011-2012,” he says.

The Chief Officers took counsel’s advice on implementing Regulation A19 of the Police Pension Act which authorises them to make all officers retire at the end of their 30 years’ pensionable service.

“The decision was taken in full consultation with the staff associations, who have not contested the legal advice which the Force shared with them, and the decision to use it,” says the Chief Constable.

As a result the human resources department has written to all 53 officers completing 30 years’ service before next March notifying them that the regulation will be implemented.

The closing date for expressions of interest in voluntary redundancy is October 8 and a barrister specialising in employment law has been taken on on a part-time basis to advise the HR department.

Meanwhile Deputy Chief Constable Ian Shannon is to review the cases of over 90 officers currently on restricted duties.

“Where possible, the Force wants to aid officers back into operational roles,” says the report. “The DCC, however, does recognise that there are likely to be some officers who may never be fit to carry out operational roles and who may be required to leave.

“It is almost inevitable there will also be compulsory redundancies,” he adds.

The Force is implementing a support programme for those affected members of staff.

“It is currently in liaison with Career Wales and some other private sector advisory services, which will result in an improved pre-retirement course and surgery-style support for staff on a local level of CV-writing, interview skills, etc,” says the report.

It is estimated that early retirements and voluntary redundancies will save the Force £1m, with another £1.5m in savings through implementing the 30-year regulation, £242,000 through disbanding of the mounted unit and £1.4m in IT savings.