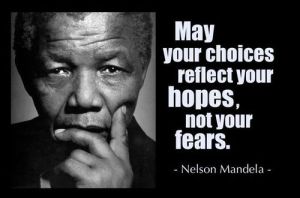 The Barrister from Kensington & Chelsea, who is also the Tory candidate for Clwyd South, sent the letter, below, to the Leader earlier this week, attacking me and Plaid Cymru and preaching about ‘living within our means’. I sent this reply today:

The Conservative Parliamentary Candidate for Clwyd South claims that the economy is growing and that the Tory Government is working well (Letters, January 12). This is probably the case for a London Barrister and his friends in the ward he represents in the Royal Borough of Kensington and Chelsea, one of the wealthiest regions in the world. But here, in north east Wales, more people are having to find part-time work; nearly a quarter of the population are earning less than the living wage; people are working on zero-hour contracts; 1800 children had to be fed by the Foodbank in Wrexham; and child poverty is over 40% in several of our wards. This is the reality for many living here; for my friends; the people I see on a day-to-day basis; and for the people that come to me and my Plaid Cymru colleagues for assistance.

Living within your means is easy if you’re on a London Barristers Wage. I wonder if Mr Nichols has ever tried to live on £6 an hour; with no regular working hours, and no guarantee that there is a job to go back to the following day?

The success of this area lies in unleashing the wealth of abilities that lies within the people that live here. We need the Government to invest in our people and our communities to allow them to flourish. That’s why Plaid Cymru – The Party Of Wales, is calling for the introduction of a living wage (£7.85 currently); scrap the £100bn Trident and use that money to invest in infrastructure – improving roads, rail, and broadband; more public contracts going to local firms in order to generate jobs and make sure that wealth generated in Wales stays in Wales, and creating 50,000 jobs across Wales in the process. This is why, according to opinion polls by the Conservatives own Lord Ashcroft, support for Plaid Cymru is increasing.

Instead of defending policies which penalise the vulnerable and poor for the mistakes of the political class and the banking sector, Mr Nichols should come up with positive and tangible ideas which will benefit the people of Wrexham and north east Wales.